A large number of additional pathogens are known besides the germs listed above. But according to the World Health Organization (WHO), their pathogenic (disease-inducing) action is only slight, or they are primarily absorbed along with food.

In the muddy bottom, bacteria will quickly multiply due to an excellent supply of nutrients. If possible, do not put the inlet filter into the mud when pumping.

Elevated temperatures promote the growth of bacteria. In standing and slow-moving waters, it is warmer on the surface. Deeper waters are not as contaminated.

Quick-flowing waters are less contaminated since the water is more turbulent and is always being diluted. However disturbed sand may clog the filter.

The risk is much less, as there are fewer germs. At this altitude, the streams flow directly from the sources.

Intensive farming increases the level of bacteria and protozoa contamination in natural waters.

Every country and continent has to deal with various pathogens in the drinking water. The world maps provide an overview of the distribution of the various diseases resulting from these pathogens. 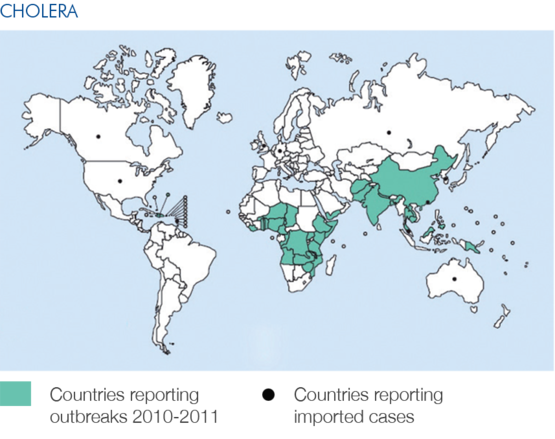 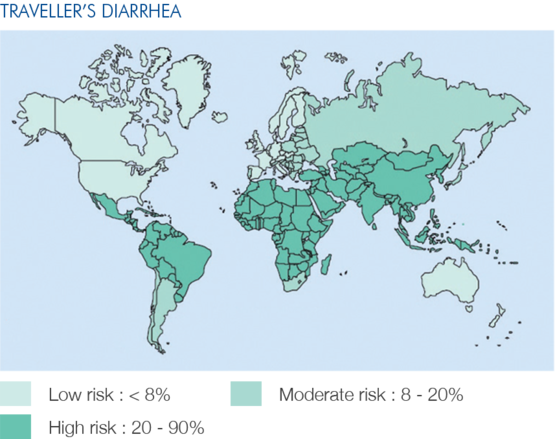 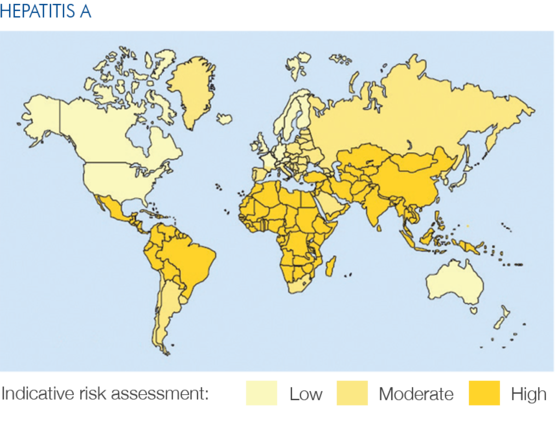